Buy this shirt:  Click here to buy this Morishirt – Defund The Media No To Fake News Protest Propaganda Shirt

Before the Defund The Media No To Fake News Protest Propaganda Shirt in addition I really love this ceremony, Wright warned me that I might feel nauseous or sleepy, and could have the urge to sneeze or to cough. He assured me it was all normal, but if possible to at least avoid sneezing so as not to purge the medicine. I inhaled the rapeh in each nostril and immediately felt a sneeze coming on, as if I were reacting to a whiff of fresh-ground pepper. Fortunately, my muscle memory for holding it in—well-honed in the COVID era—kicked in. I settled into the embrace of the medicine just as my ears registered the hypnotic, percussion-heavy ícaros music radiating from James’s end of the video call. She gradually moved into a soft-spoken guided meditation, repeating in what was more of chant than a statement: “Your breath is your power.” 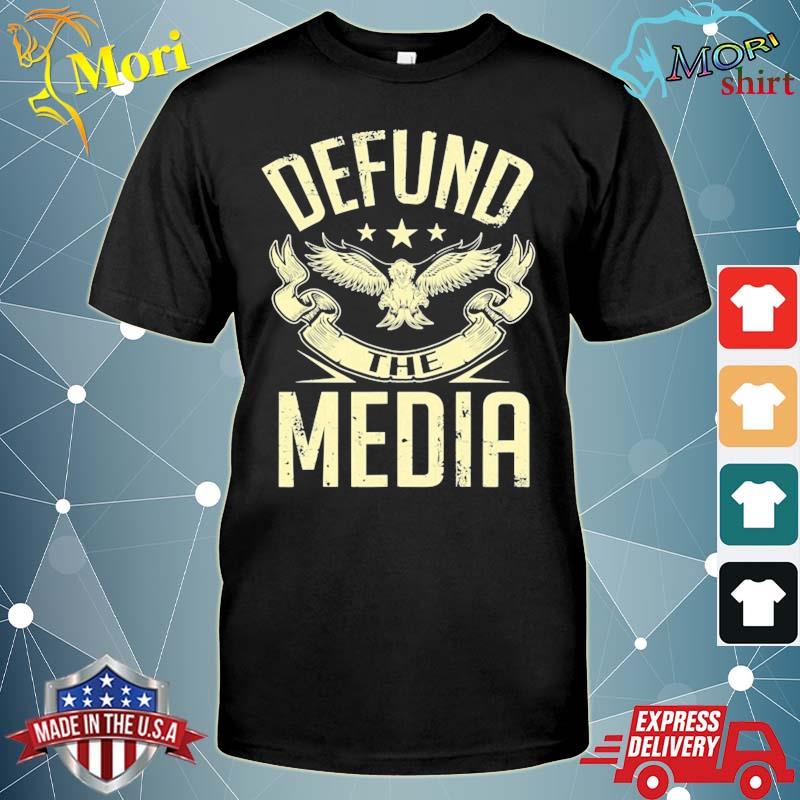 When the Defund The Media No To Fake News Protest Propaganda Shirt in addition I really love this 30 or so minutes of our time together was up, I felt unclenched and unrestricted in my shoulders and upper back, the fulcrum of my daily stress. Sharing with the group, Shana said she felt “lighter,” and that the music not only put her at ease but inspired memories of her grandmother and time spent learning from her as she worked on the family farm. Neither of us had any huge post-ceremony revelation about our relationships or personal faults, but the feeling of restlessness I identified in myself seemed to have quieted. I emerged with a feeling of accomplishment that I’d made a commitment to self-exploration; I had taken the time to consider what more there might be within myself, and that alone felt like a spiritual act. But even better, this was just the beginning—and now I had found a welcoming community to nourish me along the way.